The second grade kids created superhero self-portraits!  I have been itching to do this project since last year.  In fact, I have had my example project ready to go for a year now!  Students were encouraged to invent their own characters but some students were so excited about superheroes like Batman and Captain America that they chose to become them!

We began by talking about how cartoonists create stylized versions of people.  Cartoons are often simplified (three fingers instead of five) and facial features are often exaggerated (eyes that are too big for the face and heads that are too big for the body).  The kids were asked to draw self-portraits but use cartoon versions of facial features instead of using a realistic style. 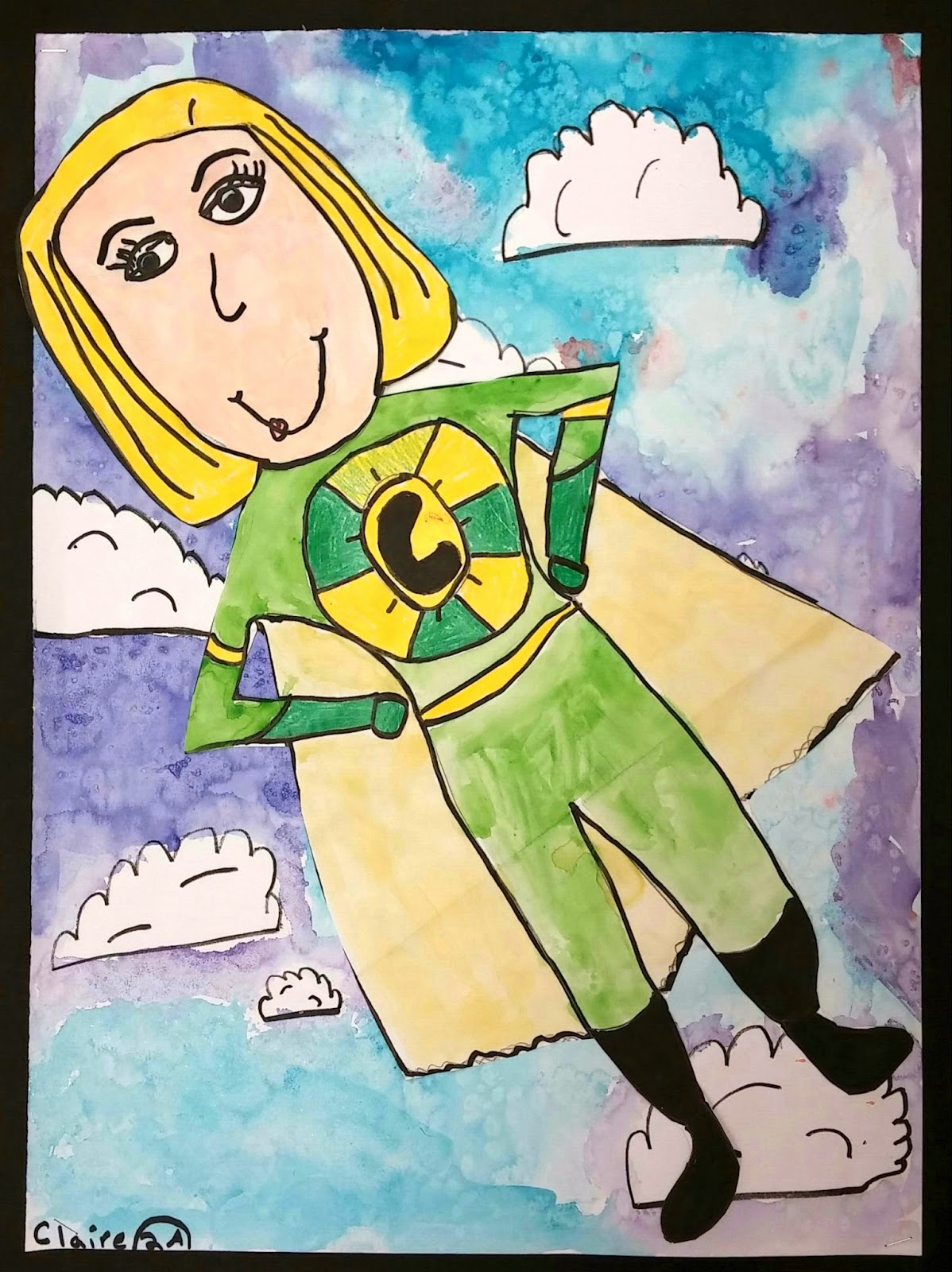 The next time we came to art class we looked at example pictures of well known superheroes and came up with a list of costume common characteristics: cape, mask, boots, gloves, belt, logo/symbol.  I asked the kids to use at least some of the common costume characteristics in their own work. 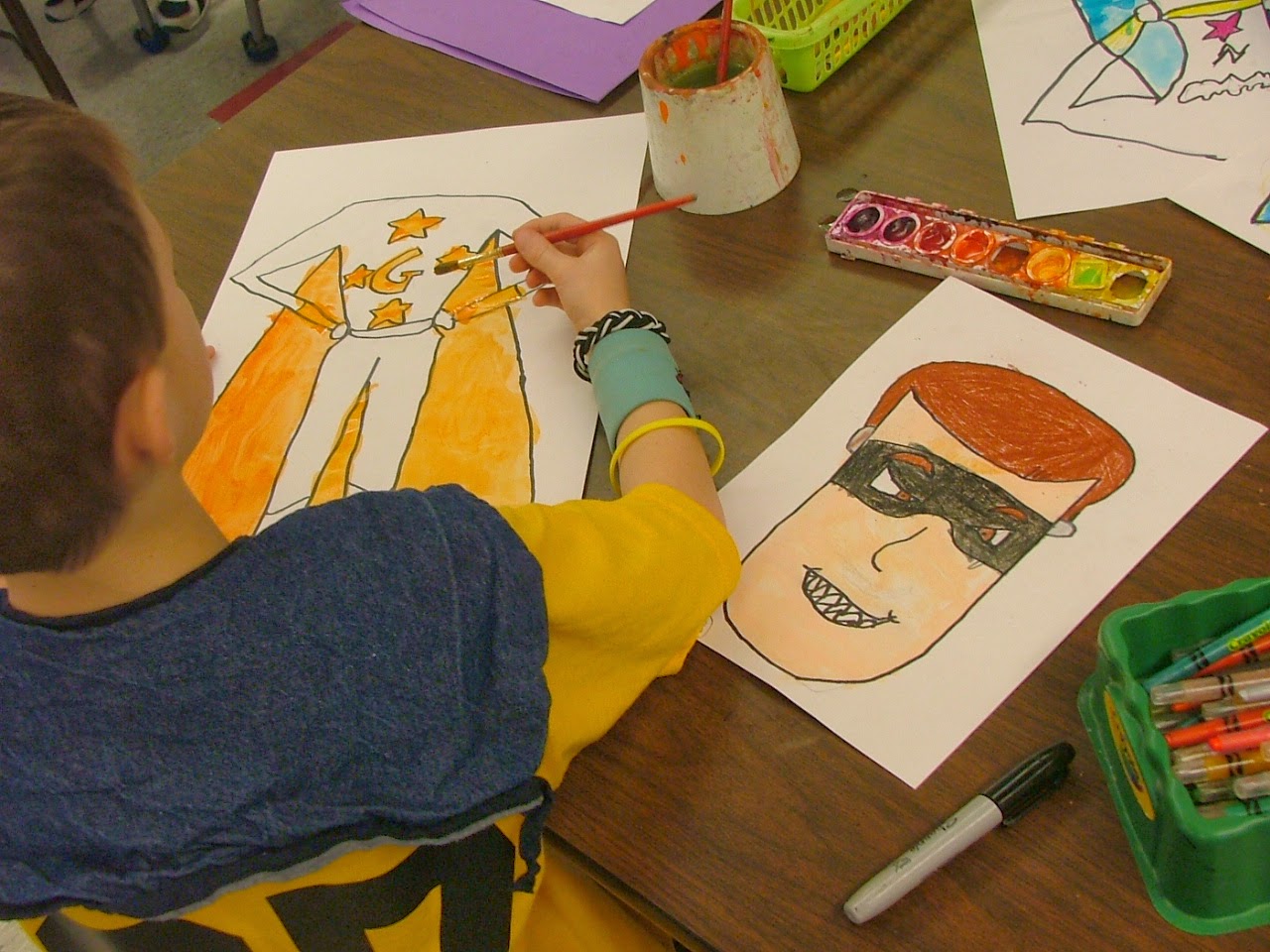 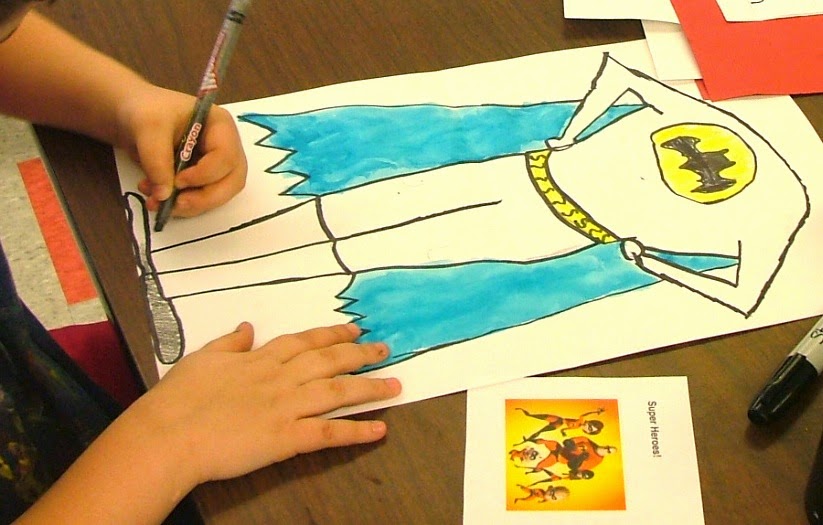 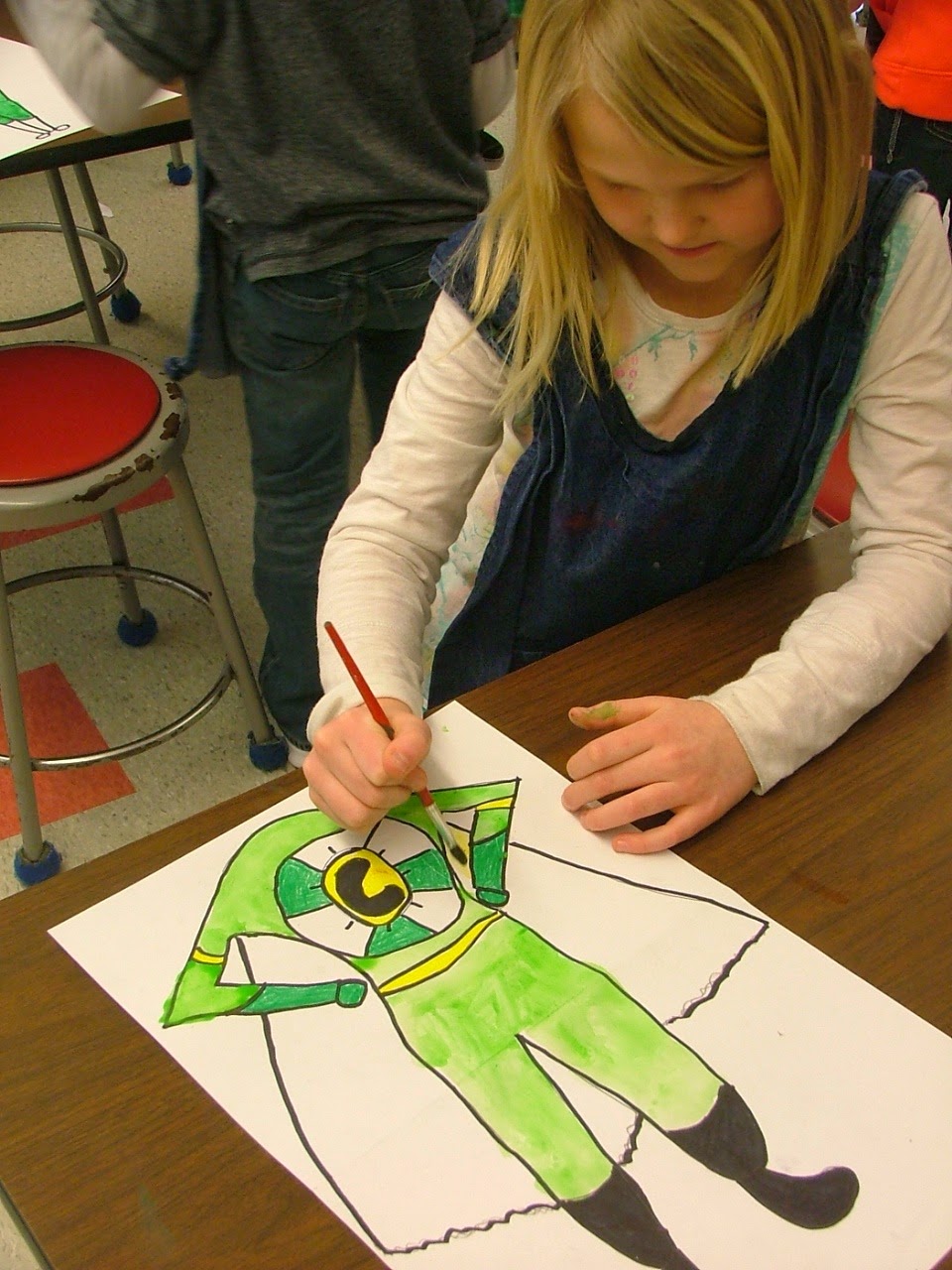 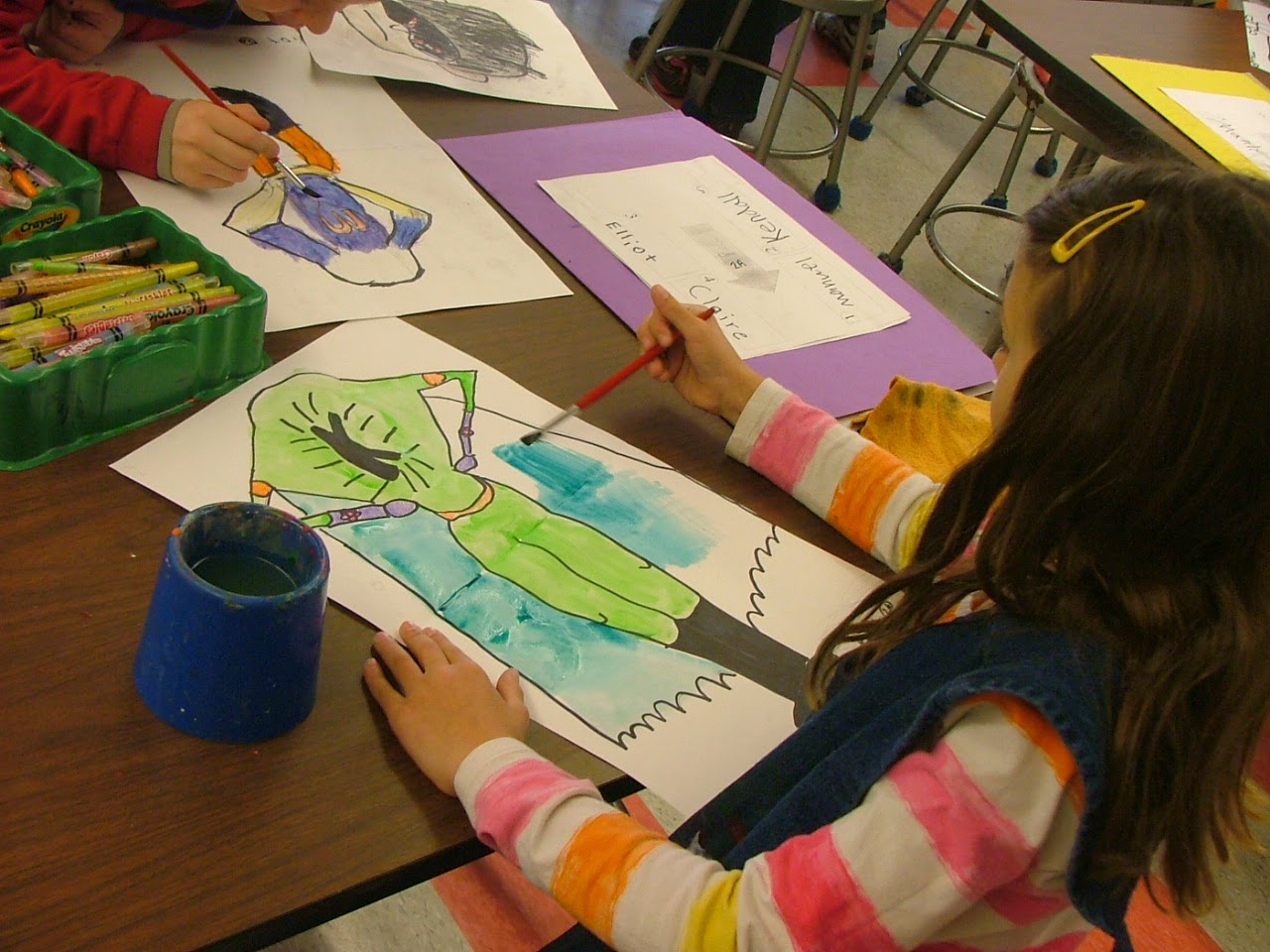 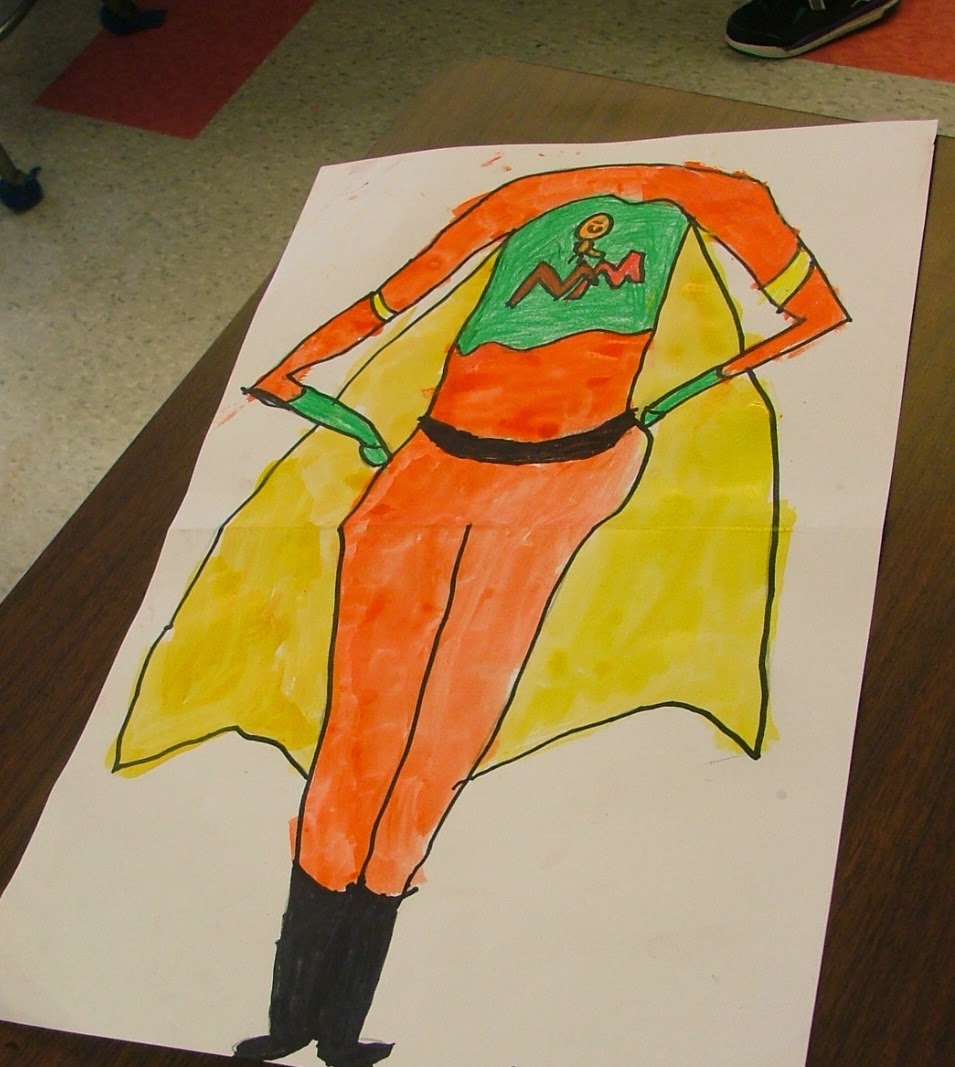 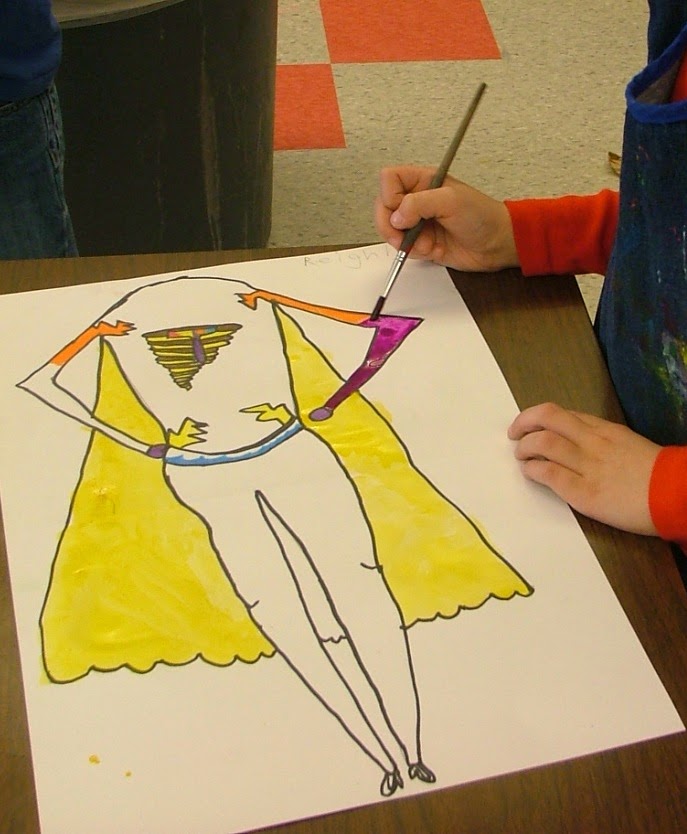 When we painted our backgrounds, the children were asked to choose a color scheme that would contrast with their capes and costumes.  I showed students how a blue costume is harder to see on a blue background than a red background.

We added salt to create a textured effect in the sky. 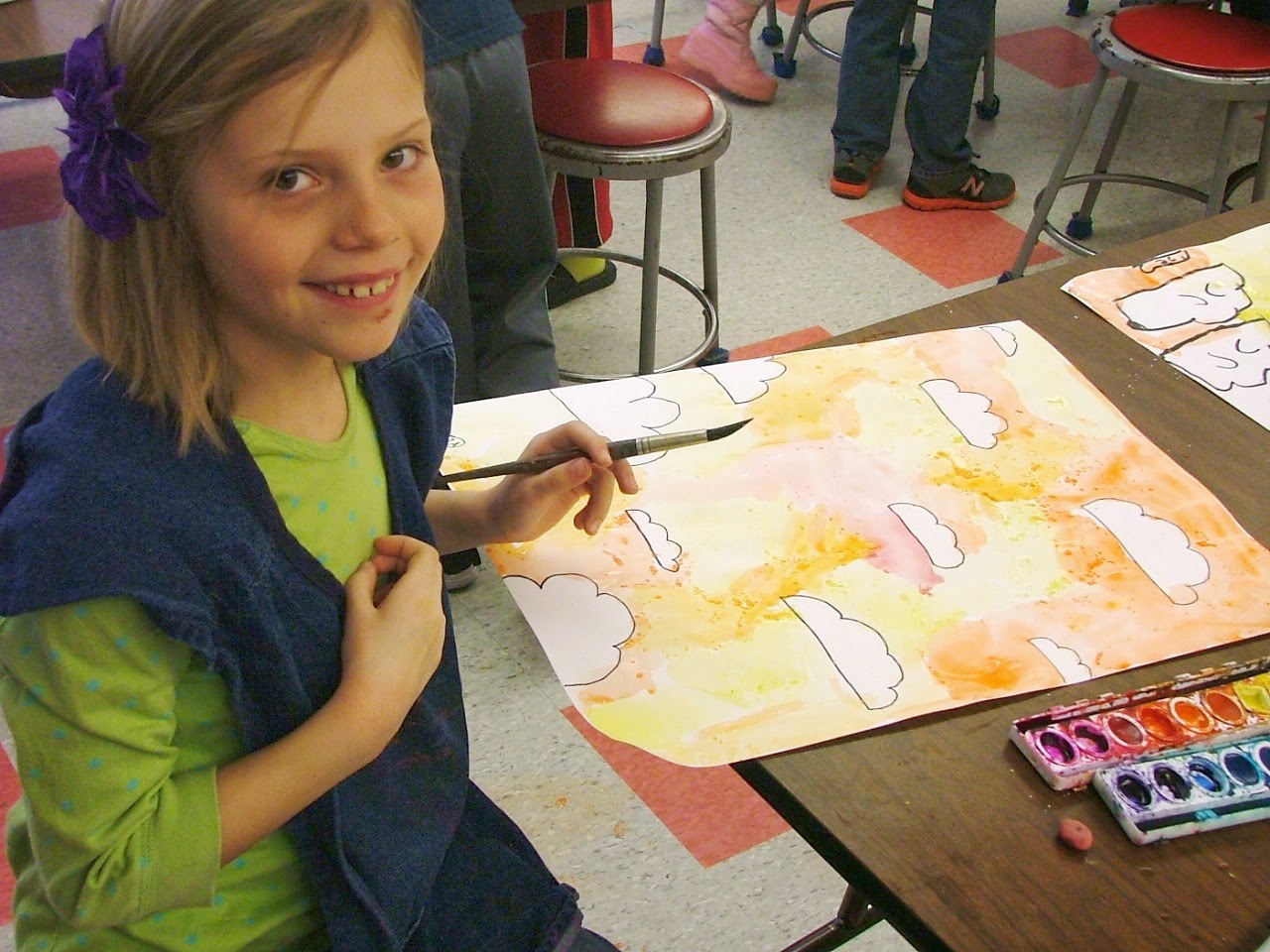 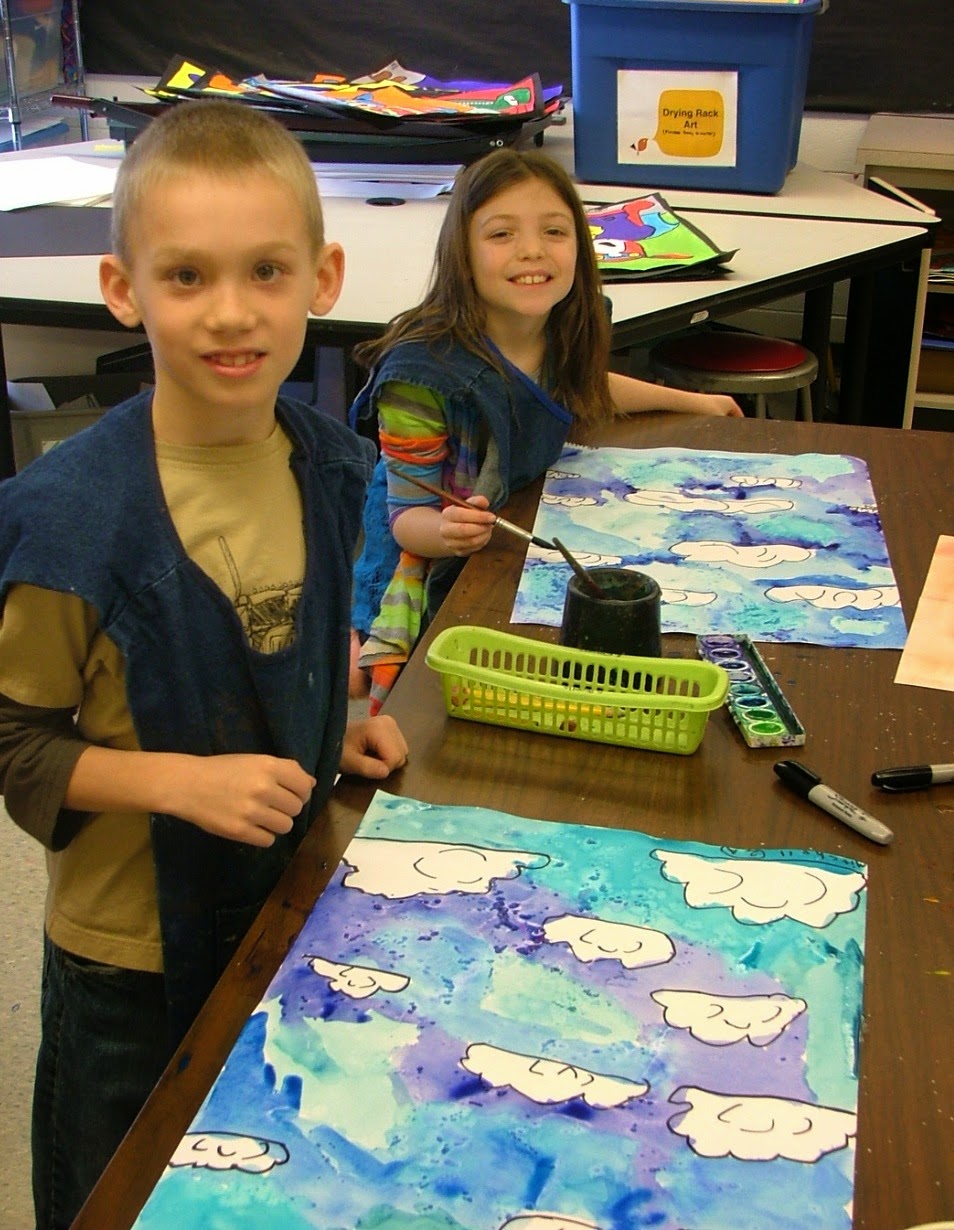 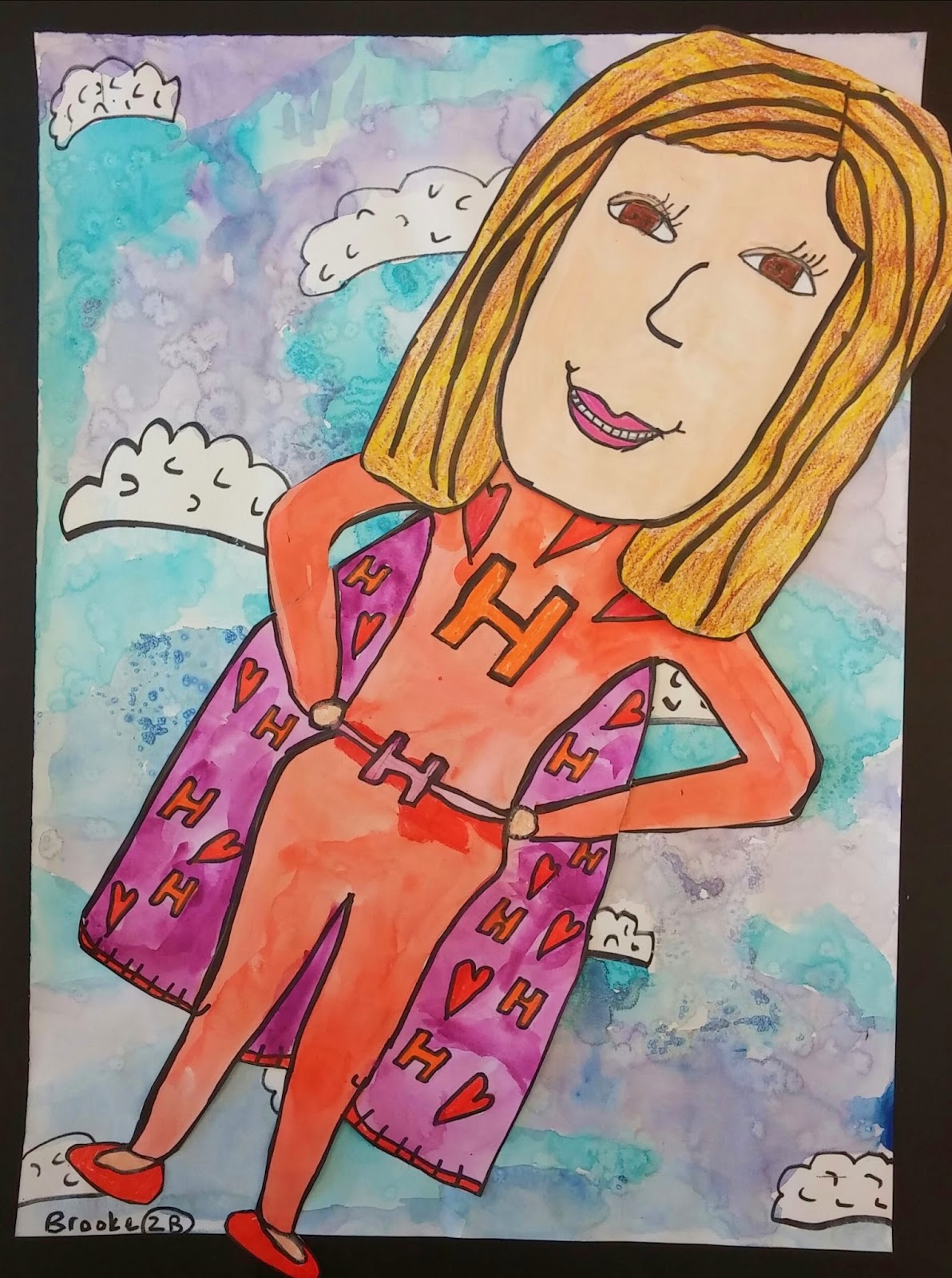 Learning Goals: I can...
- Explain what a self-portrait is
- Describe common characteristics of superhero costumes
- Work as a cartoonist (careers) to create my own unique superhero
- Use salt to create texture in my watercolor painting
- Used good craftsmanship when coloring, painting and cutting.